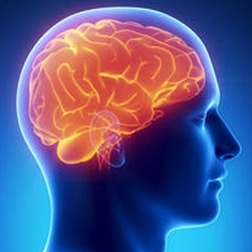 Researchers at the National Institutes of Health saw the first long-sought-after evidence that our brains may drain waste out through lymphatic vessels, the body’s sewer system. The results further suggest the vessels could act as a pipeline between the brain and the immune system. By scanning the brains of healthy volunteers, they literally watched people’s brains drain fluid into these vessels, said Daniel S. Reich, M.D., Ph.D., senior investigator at the NIH’s National Institute of Neurological Disorders and Stroke [NINDS] and the senior author of the study.

Lymphatic vessels are part of the body’s circulatory system and run alongside blood vessels. They transport a colorless fluid called lymph, containing immune cells and waste, to the lymph nodes. Blood vessels deliver white blood cells to an organ and the lymphatic system removes the cells, recirculating through the body. The process helps the immune system detect whether an organ is under attack from bacteria or viruses, or has been injured.

In 1816, an Italian anatomist reported lymphatic vessels on the surface of the brain, but for two centuries, it was forgotten. Until very recently, researchers found no evidence of a lymphatic system in the brain, leaving some puzzled about how the brain drains waste. Then in 2015, two studies of mice found evidence of the brain’s lymphatic system in the dura, the leathery outer coating of the brain. Coincidentally that year, Dr. Reich saw a presentation by Jonathan Kipnis, Ph.D., a professor at the University of Virginia and an author of one of the mouse studies.

“I was completely surprised. In medical school we were taught that the brain has no lymphatic system,” said Dr. Reich. “After Dr. Kipnis talk, I thought, maybe we could find it in human brains?….For years we knew how fluid entered the brain. Now we may finally see that, like other organs of the body, brain fluid can drain out through the lymphatic system.” “These results could fundamentally change the way we think about how the brain and immune system inter-relate,” said Walter J. Koroshetz, M.D., NINDS director. [from Science NewsLine, October 3, 2017]

Our therapists at Massage Therapy Center Palo Alto are professionally trained to give you high quality massage sessions that enhance the lymphatic, circulatory, and immune systems for the coming colder season!